What the religion says ??

The Christianism teaches that the word “church” originated in the New Testament, but this is completely false according to the Bible.

The Greek word Ekklesia = Assembly or Congregation.
Literal meaning “the called- out ones” by God.
(115 times in the New Testament) 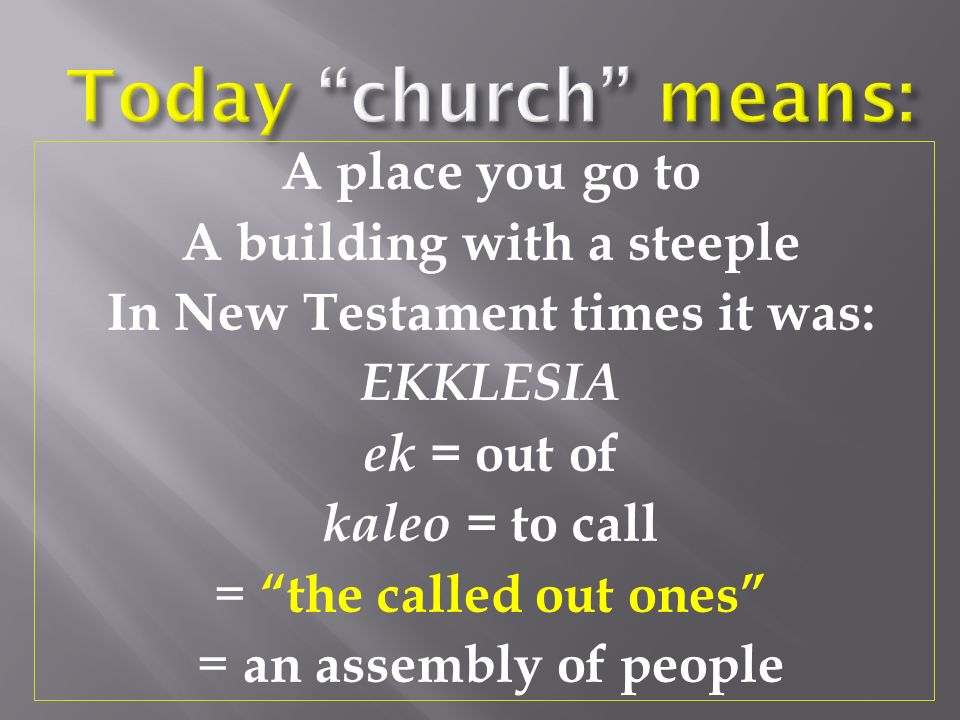 The English word “church” comes from the Greek word “kyriakon” which is never used in the ancient texts from which the Bible is translated.

Kyriakon is a compound of two words:
“kyrios” meaning the lord, and
“oikas” meaning house or building.

and this is why the word church has the connotation of a building.

“Where is your church ?”

They will automatically refer to a particular building.

In the beginning the followers of Yeshua/ Jesus gathered together in their homes.

(some Bible verses; link below)

they literally lived their lives together.

When they came together in people’s homes their corporate worship and sharing together was completely open and spontaneous with no one leading from the front.

The early believers didn’t have anything that even approximated a ‘church service’.

They understood each congregation/ assembly to be an extended family unit.

The idea of churches being institutions or organizations would have been totally alien to them.

Even today, in the countries that persecute and kill followers of Yeshua/ Jesus, the Congregation of God self- evidently is in the biblical order- under ground and they gather together secretly for example in their homes.

The Greek word Kyriakon = a religious building –>
for public and especially worship
and religious service in such a building;
church building or synagogue or mosque.
(2 times in the New Testament)

Kyriakon is found once in 1 Corinthians 11:20 where it refers to “the Lord’s supper”,

and once again in Revelation 1:10 where it refers to “the Lord’s day.”

In both of those cases, it is translated “the Lord’s…” – not “church.” 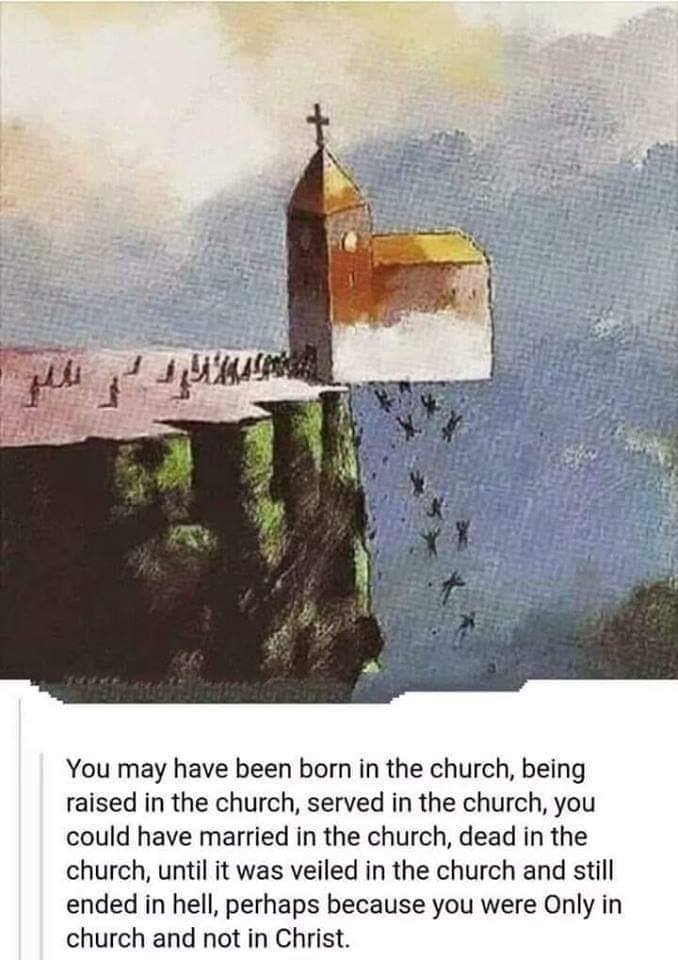 The church or the body of Messiah ??

Eventually, through the manipulation of organized religion “church” came to replace “congregation/ assembly” (ecclesia) by popular acceptance. Again, we must emphasize the importance of knowing word meanings in order to know the intent of those who wrote the Scriptures.

this is a direct quotation of OT/ Psalm 22:22 with “congregation”.

12 Saying, I will declare thy name unto my brethren,

in the midst of the church will I sing praise unto thee.

22 I will declare thy name unto my brethren:

in the midst of the congregation will I praise thee.

38 This is he, that was in the church in the wilderness with the angel which spake to him in the mount Sina, and with our fathers: who received the lively oracles to give unto us:

16 According to all that thou desiredst of the Lord thy God in Horeb in the day of the assembly, saying, Let me not hear again the voice of the Lord my God, neither let me see this great fire any more, that I die not.

The earliest English translation of the Bible (from the Latin Vulgate) was by John Wycliffe in 1380 (and was handwritten), does not contain the word church; Congregation was used instead.
In 1557, the Geneva Bible was produced;
again “Ekklesia” was translated Congregation.

The Oxford Dictionary also has an interesting entry under “congregation”:

…used by Tyndale* as a translation of ‘ecclesia’ in the New Testament, and by the sixteenth century reformers instead of “church.”

Tyndale can justly be called “the father of the English Bible.”

Tyndale was strangled, then burnt at the stake in Brussels on October 6, 1536.

His crime was unauthorized translation of the Bible into vernacular English.

His last words were:

The following entries are from the Oxford Universal English Dictionary:

Kirk The Northern English and Scottish form of CHURCH, in all its senses.

So, are you going to go to the church ??

Think about that and
be blessed & be set- apart !!

Trucker from Espoo, Finland, Europe. View all posts by 62Pete

2 thoughts on “Church Or Congregation ??”